Today we took a trip to see the Minoan Palace of Knossos. The first Minoan Palace of Knossos was built 4,000 years ago, so to be looking at architecture that old was unbelievable. There was one spot on the ruins where burn marks could still be seen from a fire that took place in 17th century BC. I thought it was interesting that the Minoans were thought to be such peaceful people. As Elijah mentioned after the tour today, "the Minoans created everything besides war". I'm guessing that was just because they had protection, a large navy, and resources, so there was no need to fight until after their navy was destroyed. After the tour we stopped at another beautiful beach so I could continue to get even MORE tan than Rachel and Elijah. 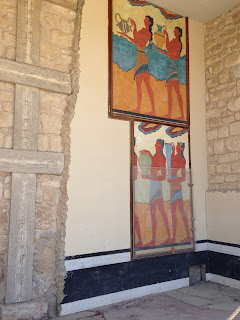 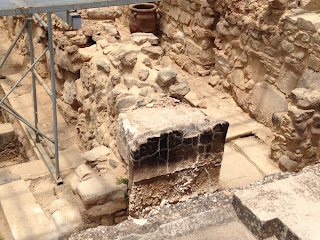 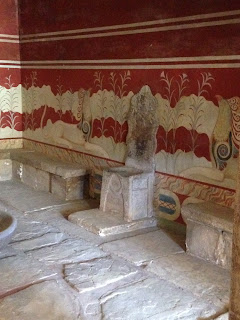 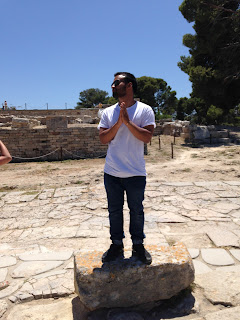 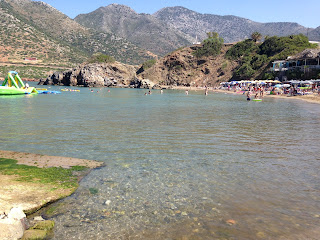