I arrived in Athens with a layover from 9 o' clock in the morning till just before quarter to 5 in the evening. 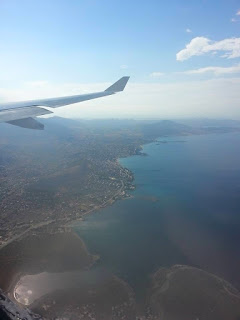 I met a young woman in the airport and we became instant friends. We then ventured off to see the ancient history only Greece has to offer. Conveniently, it was international environmental day and everything happened to be free that day. 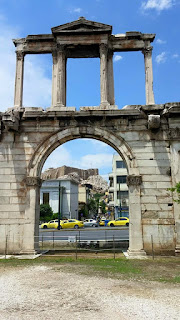 I participated in what I call the rock exchange program where I leave a rock from the sandy beaches of Cape Cod Massachusetts and in exchange I take a rock from special places I travel. In Athens I traded a rock at Zeus' Olympus.

These visions of an ancient world a land lost but not forgotten have been treasured by me long before I ever laid my eyes on them. I cannot tell you what a gift this opportunity truly has been and it has not even begun. 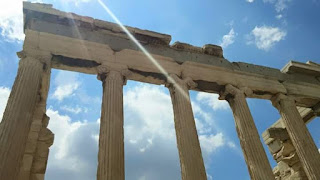 On my way back to the airport via the metro, I lost €85 out of my pants pocket, and barely made my rock skipper flight. When I landed in Crete, my luggage was lost, with a promise of a 48 hour return. On the bright side there are fruit trees everywhere and the price is right for the picking. 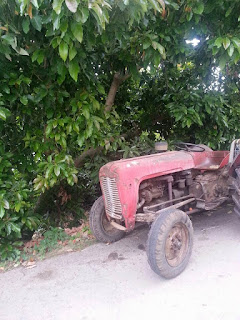 Our greek dinner was delicious. The air is crisp and clean as can be, the people are friendly, and it's going to be a great three weeks.